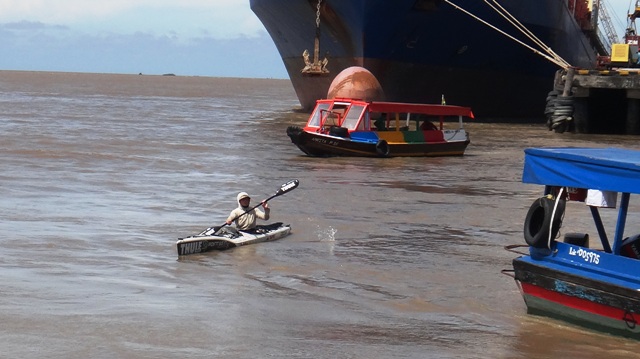 KINGSTON - A Swedish citizen, who has circumnavigated more than nine countries with her Kayak, has rowed into Guyana for the first time – November 8, 2013.

Freya Hoffmeister, 49, is currently kayaking the rivers of South America as part of her river expeditions. This former gymnast presently lives in Husum, North Germany.

Some of countries she has navigated include Peru, Ecuador, and Columbia and plans are afoot to visit Suriname, Brazil and Uruguay. 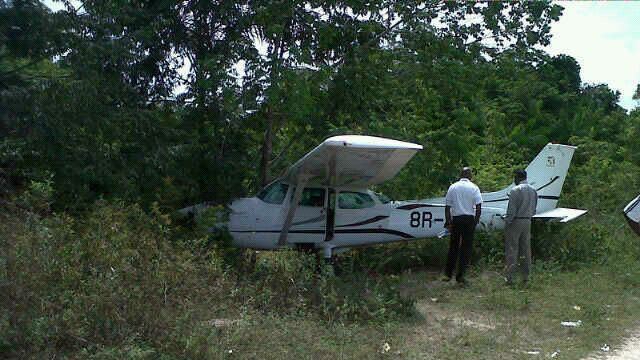 KWAKWANI - An Air Services Ltd. aircraft sustained wing damage after swerving to avoid hitting someone as it was about to land at the Kwakwani Airstrip, Region 10.

According Leola Narine, Assistant Regional Executive Officer (AREO), a young man who is deaf, alleged run across the airstrip just as a trainee pilot was about to land.

Luckily, neither the pilot nor the young man received any injuries. The r... 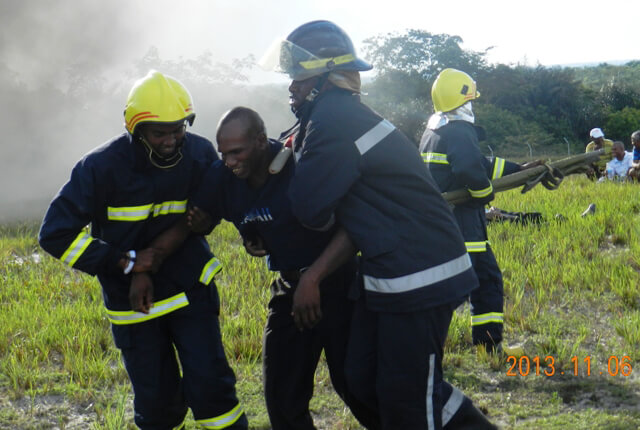 Hon. Benn: All CJIA staff to be trained as first responders

TIMEHRI - All personnel attached to the Cheddi Jagan International Airport (CJIA) will be required to undergo first responder training.

The recommendation was raised during an assessment and review session following a two hour full scale simulation exercise at the Timehri facility yesterday, November 6 - which tested fire, security and medical personnel’s abilities to respond to a disaster.

Minister of Public Works, Robeson Benn was among a team of observers who critiqu...

TIMEHRI  - The extension of the Cheddi Jagan International Airport (CJIA) runway has begun in earnest with the contracting firm – China Harbour Engineering Company (CHEC) - tackling a trial section in the Timehri North area [beyond the localizer].

The project commenced two weeks ago.

Minister of Public Works and Transport, Robeson Benn along with other Ministry and CJIA officials were taken on a site visit on October 31, where CHEC’s Engineers are removing t... 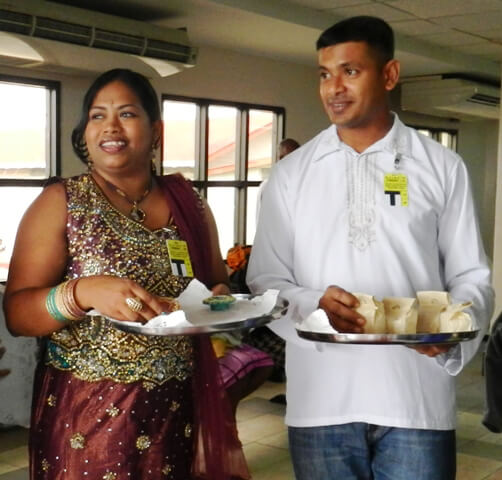 TIMEHRI – Over 200 incoming passengers from New York were greeted with a sweet treat while entering the Arrivals Lounge at the Cheddi Jagan International Airport (CJIA) on November 1.

Bags of parsad – a sweet dessert synonymous with the Hindi holiday Diwali – were distributed by members of the Guyana Tourism Authourity (GTA) and CJIA. Read more 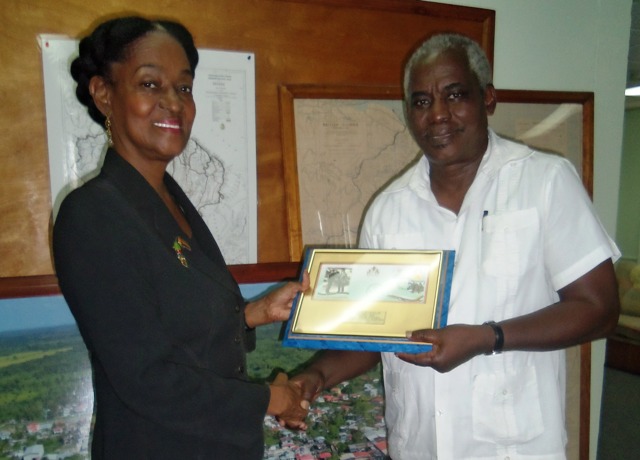 KINGSTON - The Public Works Minister was gifted with a plaque featuring stamps of women who were instrumental in breaking down barriers in Guyana’s aviation sector.

Avette Richards, sister of Brenda Richards presented Hon. Benn with the plaque on October 29, 2013 at his Wrights Lane’s office.

According to Avette, her sister thought it was a fitting gesture to the Minister since he has been an advocate for pushing women to excel in the once dubbed “man’s world”. 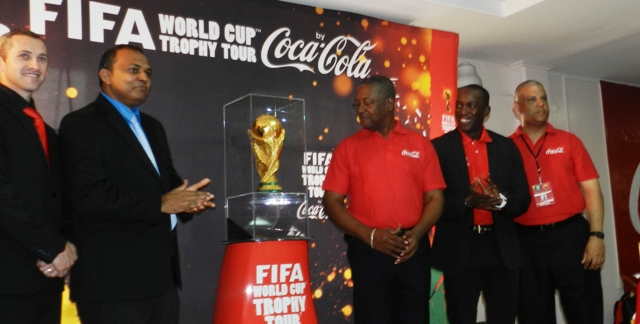 FIFA’s trophy touched down at CJIA

TIMEHRI - It is a golden masterpiece that many covet but only few can possess.

The FIFA World Cup trophy – was on display for the Guyanese public on October 30 at the Cheddi Jagan International Airport (CJIAC) in the ongoing nine-month tour ahead of the World Cup tournament in Brazil next year.

Minister of Culture, Youth and Sport, Dr. Frank Anthony was on hand to unveil the trophy to a sea of reporters and cameramen. FIFA Representative Dwight Yorke, the airport’s...

TIMEHRI - Three employees - two Ramp Attendants and an Airline Security - were dismissed over the past two weeks from the Cheddi Jagan International Airport (CJIA) after they were found to be soliciting money from passengers while on duty.

This is in keeping with the airport’s zero-tolerance approach to any such act, which only serves to tarnish the reputation of the Corporation and its Stakeholders. 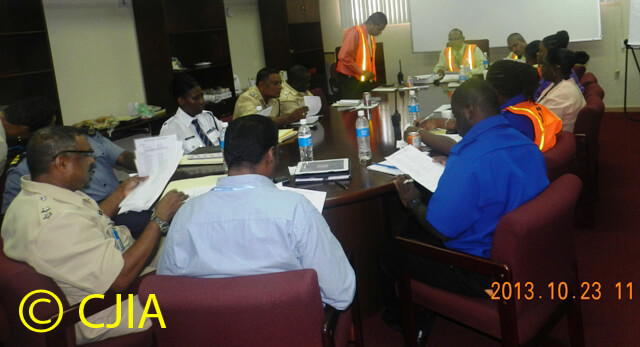 TIMEHRI - If a plane crashes at Cheddi Jagan International Airport (CJIA) how effective will be the rescue response?

On November 6, 2013, a full scale preparedness exercise will be unleashed to test the airport’s emergency responses while providing hands-on experience for airport and airline staff, hospitals, fire service, security and other emergency personnel.

During the simulated exercise, personnel will respond as in a real scenario, including the use of s...

PETERS HALL – Ten drivers were either detained, warned or fined for offences while traversing the Demerara Harbour Bridge (DHB) for the month of September.

Data revealed that the most serious traffic breach occurred when a driver collided and broke two of the bridge’s barriers September 15. The culprit was fined $10,000.

Failure to adhere to instruction, overtaking on Bridge, vehicle collisions and breech toll regulation were among the offences that were reported. ...