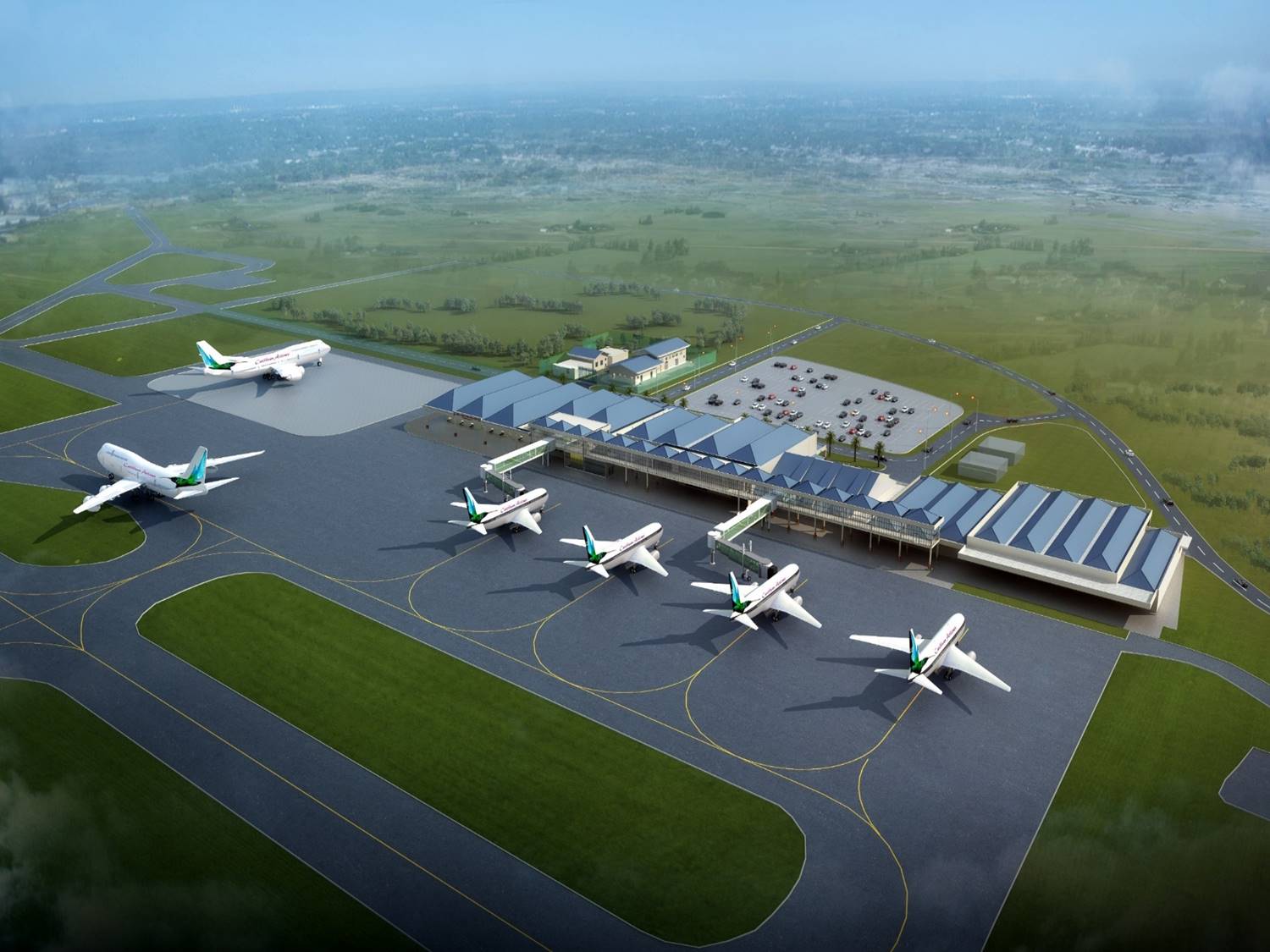 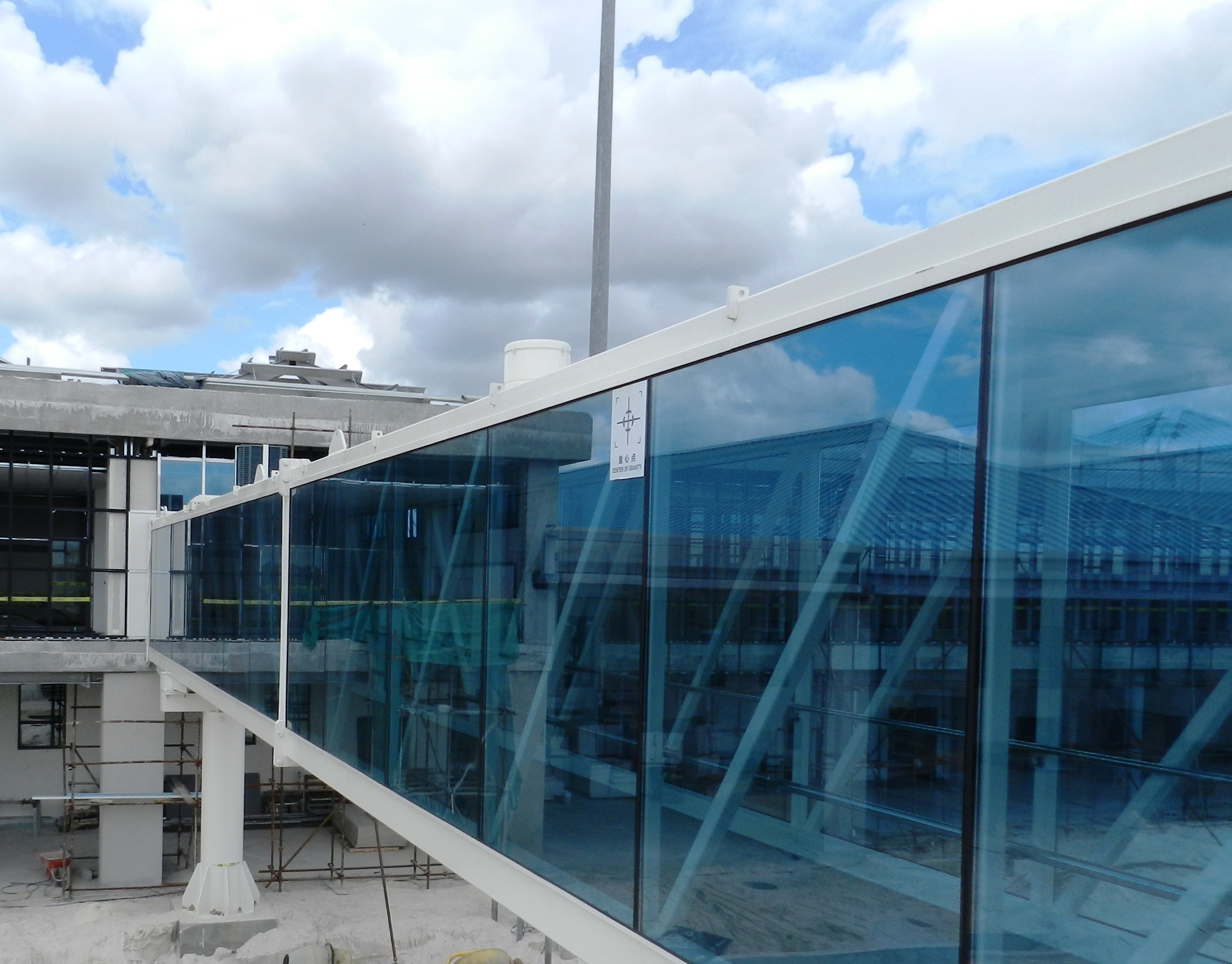 The Cheddi Jagan International Airport Expansion Project will be a behemoth in infrastructural development. With a new scheduled completion timeline of December 2018, the Expansion Project will see construction works being undertaken on the New Arrivals Terminal Building (NATB); Existing Terminal Building (ETB); Remote Apron; North East (NE) Runway Extension; South West (SW) Runway Extension; Diesel Generator Room ( DGR); and Fire Pump Station. The completed project will provide passengers and visitors to the international airport with a level of service never before experienced locally. According to Mr. Ramesh Ghir, Chief Executive Officer (CEO) of CJIA, a total of US$111.79M (81%) of the total project cost of US$150M was expended as of December 31, 2017.

He added that the north east extension of the runway will be completed by July 2018 with the first 500m of the southwest section slated to be completed by April 2018.
The remaining 190m will be completed by the end of December next year. This, he said, was delayed because of a slippage that occurred around the area, and this is going to take additional time to rectify.
In terms of the rectification works on the south western side where there was slippage, the CEO explained that repairs have already started and that the area where it happened is a safety drop off that is compacted with sand and built in case any airplane runs off the runway.
Despite the project’s delay, it was highlighted that there would be no additional costs incurred since it was only a time extension. In terms of the payment of the finances for the project to the company, Mr. Ghir explained that to date, approximately US$111 million has been paid, with US$6.5M coming from the Government of Guyana and US$105 million from the China Exim Bank. This, Mr. Ghir noted, makes up for 81% of financing for the project.
Major features of the expansion project that is being executed by China Harbour Engineering Company include extending the existing main runway from 7,500 feet to 10,500 feet; construction of a two new parking bays for Code D and E aircrafts; installation of passenger boarding bridges; a 450-person seating departure area; escalators and elevators.

From 2000 to 2012, the passenger movement at the Cheddi Jagan International Airport (CJIA) has leaped from 384,000 to 544,000 - a 42 percent jump. Realising the strain passengers influx was putting on the existing facility, steps were put in place to improve it – hence the birth of the airport expansion project. The runway will be extended from 7,500 to 10,800 feet; while the terminal building, which got facelifts in the1960s, 1990s [Departures Terminal] and 2004 [Arrivals Terminal], will be transmogrified into a state-of-the-art facility. While critics recognize the need for an extended runway, they are still unsure of the need for a new terminal building. But at the moment, the existing CJIA facility has reached the tipping point where airlines officials raised the alarm over the slow pace in which passengers are processed. Their biggest gripe is the inadequate space capacity to accommodate equipment and the necessary staffing to facilitate a seamless passenger experience.

An extended runway and new terminal building is twofold.  With an extended runway, the country’s aviation pundits will be able to entice and attract larger transatlantic aircraft, which means the passenger flow will be significantly increased. Against this backdrop, Government in 2011 inked a US$150M contract with China Harbour Engineering (CHEC), a renowned international contractor which now hands Guyana the golden opportunity to tap into its marketing tool and capitalize on its mission to be the gateway to South America. Key components of the airport expansion are: