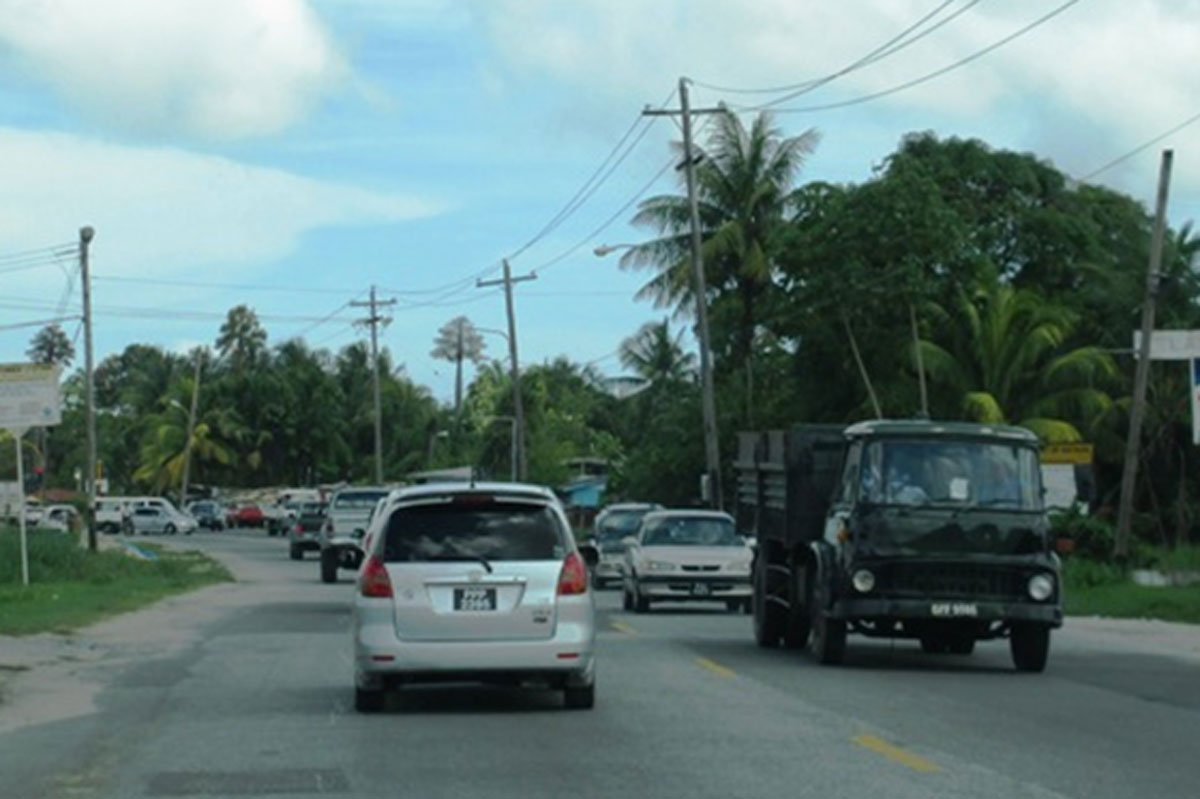 The Sheriff Street – Mandela Avenue roadway was constructed in the 1970’s by the Ministry of Works, Hydraulics and Supply. It was initially constructed as a bypass for Georgetown. As such, it provided a through and direct connection from the East Bank Highway in the southwest of Georgetown to the East Coast Highway northeast of the City around the commercial and residential areas. However, since that time the City has experienced considerable shift in growth to the east. As a result of the additional commercial activity and high rise buildings, demands for local access from the east and the west parts of Georgetown grew along the route.

Now the Sheriff Street – Mandela Avenue roadway is comprised of a commercial mix of restaurants, night clubs, supermarkets, petrol stations, and spare parts dealerships, etc., institutions including a cultural centre, police station, schools, and an Embassy, and various high density and private residences. This has created a chaotic mix of pedestrian, bicyclist, and vehicular traffic, and parking requirements. In sections where there are no shoulders or reserves, poor parking of vehicles restrict traffic flow, resulting in traffic and pedestrian congestion.

The MPW’s goals and intended outcomes in executing the roadway upgrade are as follows:

To meet these goals, we have developed a comprehensive programme based on the requirements set forth in the Terms of Reference (TOR) and our knowledge of urban transportation planning and design projects. The TOR also identified the following seven specific objectives on which our work plan has been established:

In March of 2013, the Project Consultancy Team was informed that they had submitted the successful proposal. A contract was settled upon on March 11, 2013, the effective date, and the project commencement date was set at March 18, 2013. A project initiation meeting was held at the Ministry of Public Works, Works Services Group (WSG), office on March 26, 2013, led by Rabindranauth Chandarpal, Manager, Technical Services, WSG. Staff members of WSG and the Project Team were in attendance.

The Sheriff Street – Mandela Avenue roadway is an asphaltic concrete surfaced road and varies in width from 7m to 13m. The corridor is approximately 7 km long and is the only direct link between the heavily populated East Coast Demerara and East Bank Demerara. Additionally, the roadway provides the main access to very large residential areas in Greater Georgetown such as Campbellville and South Ruimveldt.

Some functional improvements to the Sheriff Street – Mandela Avenue roadway have been implemented over the years to address intersection safety and traffic movement. Traffic signals have been installed at many locations, including the junctions of the Rupert Craig Highway, David Street/Railway Bypass, First Street, Garnett Street, Duncan Street, Homestretch Avenue, Durban Street, South Ruimveldt Entrance, Cemetery Road and the East Bank highway. There have also been additional lanes added at intersections to accommodate for turning traffic, however, with no roadway widening, the additional lanes has required encroachment on the reserves as well as the narrowing of lanes.

Although these improvements have served to improve traffic flow, the high demands on the corridor warrant much more significant upgrades, including possible widening to four-lanes, intersection improvements with appropriate lane widths, allocation of space for pedestrians and bicyclists, and accommodation of parking, while still maintaining access and necessary drainage.

Additional road safety features such as pedestrian walkways, pedestrian crossings, lane markings, ‘no parking’ zones, lighting and signing are inadequate and need to be incorporated into the road network in order to facilitate proper safety for the influx of commuters that are attracted to the numerous businesses along the Sheriff Street portion of the route.

The Sheriff Street-Mandela Avenue roadway upgrade is a very important project for the citizens and businesses of Georgetown. In broad terms, the project seeks to:

A considerable amount of work has already been completed in investigating the potential corridor upgrades. The MPW had previously commissioned a Design Consultancy for the improvement of this roadway. The Consultancy was to encompass the execution of feasibility and environmental studies, and the preparation of final designs for the Sheriff Street – Mandela Avenue Corridor, inclusive of bridges, culverts, road safety works, and any other supporting infrastructure. CEMCO was a partner on this Consultancy and therefore have an in-depth knowledge of the project area, previous design proposals, and the issues, constraints, and sensitivities.

An Environmental Social Impact Assessment (ESIA) was completed in 2010 as part of the previous Consultancy. The ESIA identified three design options for the upgrade of the Sheriff Street-Mandela Avenue Corridor:

Ideally, four lanes would be desired throughout the entire corridor for traffic mobility purposes; however, sufficient width is not available in some sections along Sheriff Street to accommodate the four lanes plus bicycle lanes, pedestrian walkways and provisions for parking without impacts to adjacent properties and structures and drainage systems. Where four lanes are not feasible, a strategic approach is required that balances traffic mobility, parking demands, property access, and the safe movement of all users.

Other corridor issues identified from site reviews are:

A complete overlay of the road is required as pavement defects such as longitudinal cracks, transverse cracks, alligator cracks, ravelling of the surface and potholes are prevalent. Some sub-grade repair may also be required throughout some segments to address failures and provide a proper roadway structure for the new pavement overlay. Pavement widening may require pre-treatment to minimize differential settlement effects.