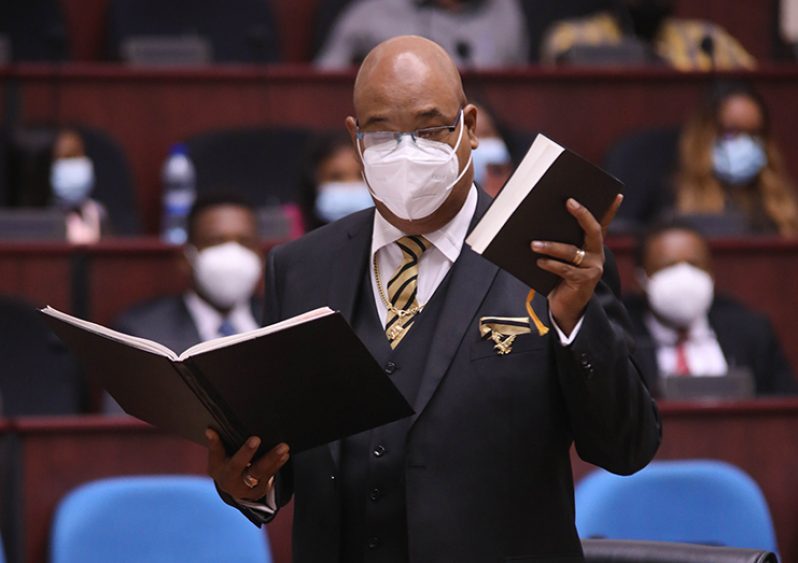 THE new Minister of Public Works, Bishop Juan Edghill, said his ministry will not be working in isolation but will be moving swiftly towards achieving the government’s developmental agenda and its transportation projects to ease the burden of the people of Guyana.
Minister Edghill was among the ministers sworn in to the cabinet by President Mohamed Irfaan Ali at the Arthur Chung Conference Centre on Wednesday.
The Minister pointed to the establishment of a new Demerara Harbour Bridge as being high on his agenda. With this project becoming a reality, he believes that the hassle of commuting from the West Coast of Demerara will cease. 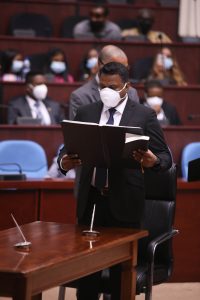 Deodat Indar, Minister within the Ministry of Public Works

The Public Works Minister said the security of the sea and river defences are also high on the ministry’s list of plans.
He spoke of a quick approach to rectifying the Linden to Lethem thoroughfare.

“We have to aggressively work with the East Bank/East Coast bypass…. We have to open up interior roads, ensure that our interior airstrips are all serviceable to ensure safe commuting,” Minister Edghill stated.

Road and traffic safety were also highlighted as another sore issue which needs immediate attention. He said Guyana’s airports must be able to provide a more transformed service and must be among the top ranked in the region.

Meanwhile, Minister within the Ministry of Public Works, Deodat Indar, noted that his main priority is to ensure that Guyana’s current infrastructure is developed.
“We want to make sure that the President’s vision for a transformative Guyana is now incorporated in the ministry. The ministry will also be fully engaged with the aviation sector….” Minister Indar related.