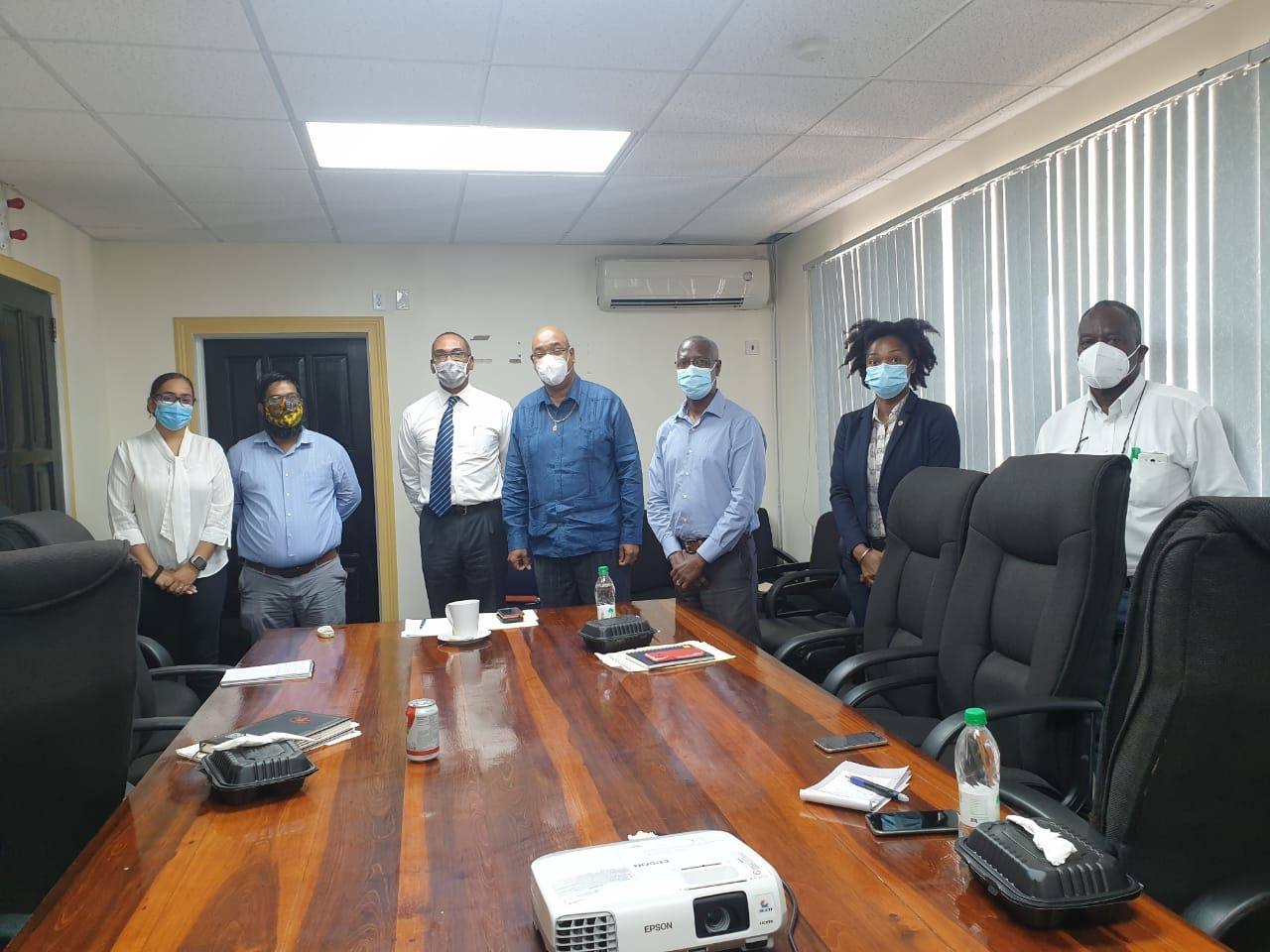 (4th September 2020) - The Guyana Association of Engineers today met with the Honourable Minister of Public Works, Bishop Juan Edghill, where the group, among several other things, urged the Minister to consider the tabling of an ‘Engineering Registration Bill’.
The meeting with the Association was held at the Minister’s Wight’s Lane, Kingston, Georgetown office. The visiting team comprised of Mr. Stuart Hughes, President of the Association, Mr. Joel Trotman, Past President, Mr. John Cush, Treasurer, Mr. Amir Dillawar, Assistant Secretary/ Treasurer, Ms. Safiya Gafoor, Member and Ms. Jacquely Major, Secretary.
The President of the Engineering Association explained the importance of the Bill, noting that a draft is currently awaiting review by the Attorney General.
He added that attempts were made to have the prospective legislation move forward by the former Minister of Public Works, Honourable Robeson Benn. The former Minister of Public Infrastructure, David Patterson had also expressed willingness to develop it as well, Mr. Hughes noted.
To this, Minister Edghill said he will review the document and advise the team on whether it can be tabled in Parliament or not.
On another note, the Engineering Association indicated their interest in cooperating with the public sector, by way of offering their expertise, especially to the Ministry of Public Works.
Minister Edghill explained to the team that their services can be useful to the Sea Defence Board, the Demerara Harbour Bridge and even the Power Producers Distributor’s Inc (PPDI) under the Ministry’s arm. Against this backdrop, he advised the body to formally submit a proposal to kick start the partnership.
By: Ms. Davina Ramdass
Public Relations Officer
Ministry of Public Works