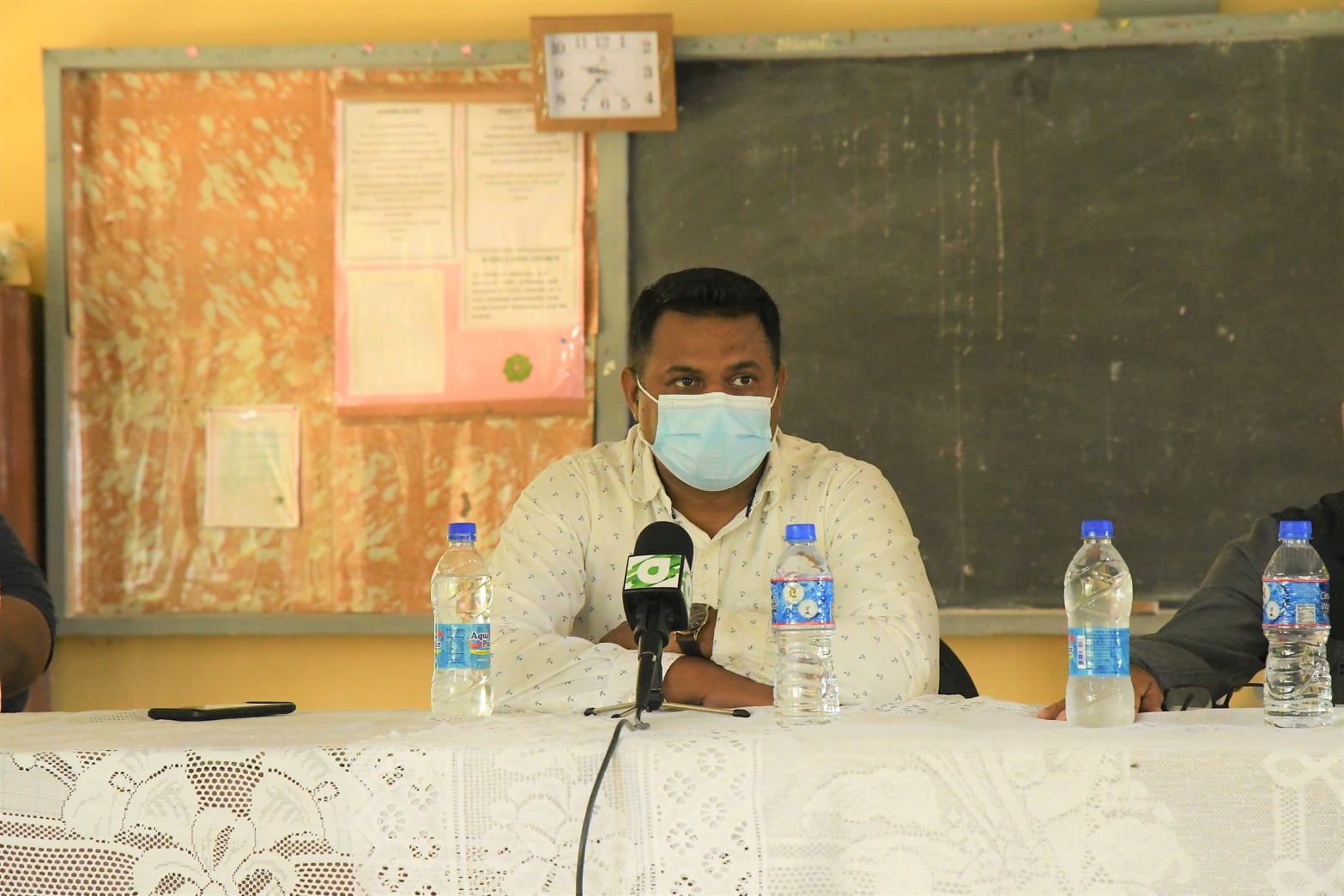 (2 October, 2020) - Hon. Minister Deodat Indar, Minister within the Ministry of Public Works, today, visited the island of Wakenaam and was accompanied by the Transport & Harbours Department, Traffic Manager, Mr. Stephen Skekel; Regional Chairman for Region Three Mr. Ishan Ayube and the Regional Councilor, Mr. Aseef Ahmad to conduct a public meeting with the residents and farmers.
This meeting stemmed from farmers making representation to PPP/C Administration to have a cheaper service provided to them in order to transport 40 thousand plus bags paddy from Wakenaam to millers.
After consultation with the farmers and other stakeholders it was agreed by Minister Indar and Team that the costs to travel from Wakenaam to Essequibo Coast and from Wakenaam to Parika will be reduced by 50% and from Monday, October 5, 2020 farmers can expect to have the ferry service leaving Wakenaam from 5:00am and returning at 4:00pm. After the announcement was made farmers cheerfully thanked the Minister as the relief came at a time when business is not as usual due to COVID-19.
According to Minister Indar, representation was made to the previous administration and nothing was done to ease the burden on the rice farmers. In Minister’s words, “This is unprecedented.” Therefore, we expect the farmers and truck drivers to take full advantage of this initiative during this period.
By: Krest Cummings
Senior Public Relations Officer
Ministry of Public Works