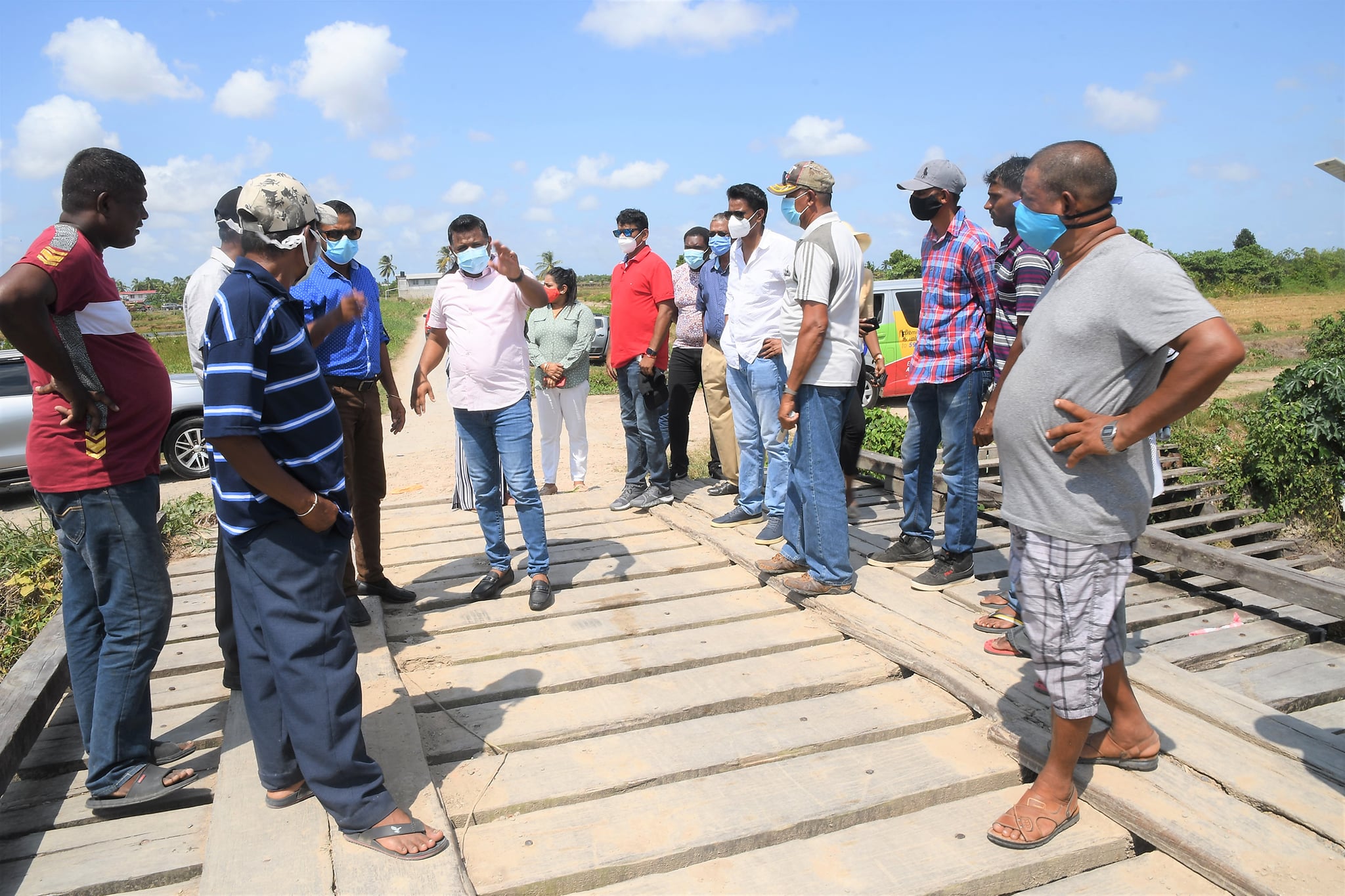 (4 October, 2020) – Honourable Deodat Indar, Minister within the Ministry of Public Works along with a Team from the Guyana Power & Light and the Region Five Regional Chairman Mr. Vickchand Ramphal visited the communities of Little and Big Baiboo on the East Coast of Demerara, where a community meeting was held to listen to the issues and concerns of the people in the area.
Amongst some of the areas highlighted at the meeting were; the deplorable state of the De Hoop road leading to the farms, the main bridge leading to Big Baiboo, street lights, sluices, electricity – this was one of the main concerns since the area never had electricity and the Health Centre – persons complained that the Centre has been neglected and for five years there were no medical personnel visiting the area nor was the supply of drugs distributed to the area. Therefore, in the event of an emergency the Health Center is deemed dysfunctional.
According to Minister Indar, the emergency budget did not cater for the rehabilitation of the road and main bridge in Baiboo. But, however, he noted, “We will have an opportunity to include it in our 2021 budget so as to bring relief to the residents in the area.” Minister Indar noted, this area has been totally neglected over the past five years and the sad thing is, that the previous Minister of Agriculture visited the area and subsequently after his visit, the land tax was increased for the farmers in the area.
Additionally, Minister Indar said, “It is roughly about 1200 persons living in the community of Little Baiboo and the Health Center is in a dilapidated state and we must not continue like this.” We will be dealing with some of these issues right away, some in the medium term and some in the long term said Minister Indar.
Further, the Deputy Chief Executive Officer of the Guyana Power & Light (GPL), Mr. Samaroo Ramtahal informed the residents that a team from GPL will return to the area to conduct a survey so as to conduct an evaluation to see all the possible solutions to have electricity in the area as soon as possible.
The Regional Chairman for Region Five (5) in his remarks thanked the Minister for visiting the area and noted that since the Dr. Irfaan Ali Government took office we have seen various developments in the area and four Ministers visiting us and this tells us that they care for us and we will get the necessary amenities in our communities to advance it.
By: Ms. Krest Cummings
Senior Public Relations Officer
Ministry of Public Works