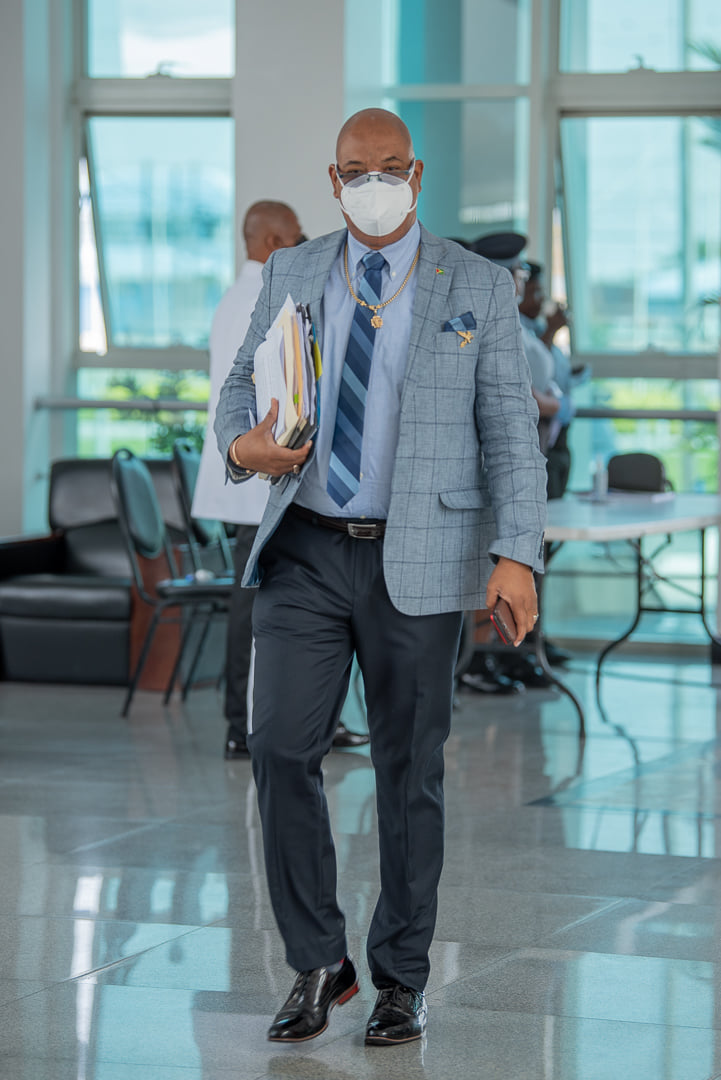 I join hundreds of thousands of Guyanese to react with sarcastic amusement at an article published in the Kaieteur Newspaper on 27th February, 2021 titled: “David Patterson questioning why taxpayers are footing billions more for expansion of the Cheddi Jagan Airport.” Editor, this must be a joke for this Former Minister to even attempt to recreate and reinvent himself as righteous, as though he is not to be held solely responsible for this bastardly managed, long overdue project. Patterson's new comments must be seen for what they are, “political gangstering”.
Guyanese would recall that when the PPP/C Government envisaged and signed this CJIA project in 2011 for US 138 million, we had plans for a completely new airport with international standards. To set the record straight, in 2015 when David Patterson's APNU/AFC Govt. got into office they revised the scope, replacing the new terminal building, parking aprons, and eight boarding bridges with a renovation of the existing terminal building, parking aprons and just four boarding bridges. Editor, since we took office in 2020 we have said we expect the delivery of the original contract that envisages 17,000 square meters of new facilities (terminal buildings, an extended runway, taxiways, and aprons with the capacity of eight standing aircrafts with facilities for eight airbridges), a fully functioning modern Airport. No amount of twists and turns by David Patterson will erase the APNU/AFC’s record of deteriorating this massive and crucial project.
Further, with the APNU/AFC failing to have the works completed at the end of 2019 and no agreement to make CHEC complete works by the end of 2019, APNU/AFC renewed two bonds in June 2020 with an expiration date of December 31, 2020. On December 22, 2020, we broke ground and signed an agreement for two additional boarding bridges, construction of commercial space within the terminal building an extension of the building to feature a modern Airport façade and completion of remedial works with strict timeliness. It must be noted that since September 2018, David Patterson and his cabal had breached the contract by utilizing a facility called “trial operation” which essentially meant they took over parts of the works. However, this was a breach of the contract and so during talks for the new agreement, it was accepted that the retention bond of $1,206,640 will be released to CHEC as 50% is due once a takeover happens, initiating the defect liability period.
Editor, we have not yet released the full 50% to CHEC but have decided to incrementally release funds as works get completed – a commitment to ensuring Guyanese get value for money.
It is clear that Patterson believes that he can rewrite history but his shady record is clear for all to see. Contrary to what is being said, this PPP/C administration has in its possession a provision for the release of the remaining retention amount during 2021 as CHEC completes outstanding works. Additionally, should they fail to complete works, there will be no payment of the balance of retention amounting to US$3,450,000, demand on the advance bond and the performance bond to the tune of $13,800,000 all of which is more than US14 million.
Patterson’s sanctimonious question is an insult to the intelligence of even the youngest child. It was during the tenure of his management that the airport project was plagued by prolonged delays, missed deadlines, shoddy work and pricey revisions. Editor, we have been handed a series of poorly implemented but our goal remains the same – getting value for taxpayers’ dollars.