In aviation, a hard landing is an especially rapid or steep descent.

Five persons, including the pilot, were on board the aircraft, which had departed from Ogle International Airport.

Zulficar Mohamed, Director-General of the Guyana Civil Aviation Authority (GCAA) stated that the aircraft landed on the airstrip’s threshold resulting in damage to the left landing gear.

Officials of GCAA and Trans Guyana are in the area to conduct an investigation into the incident. 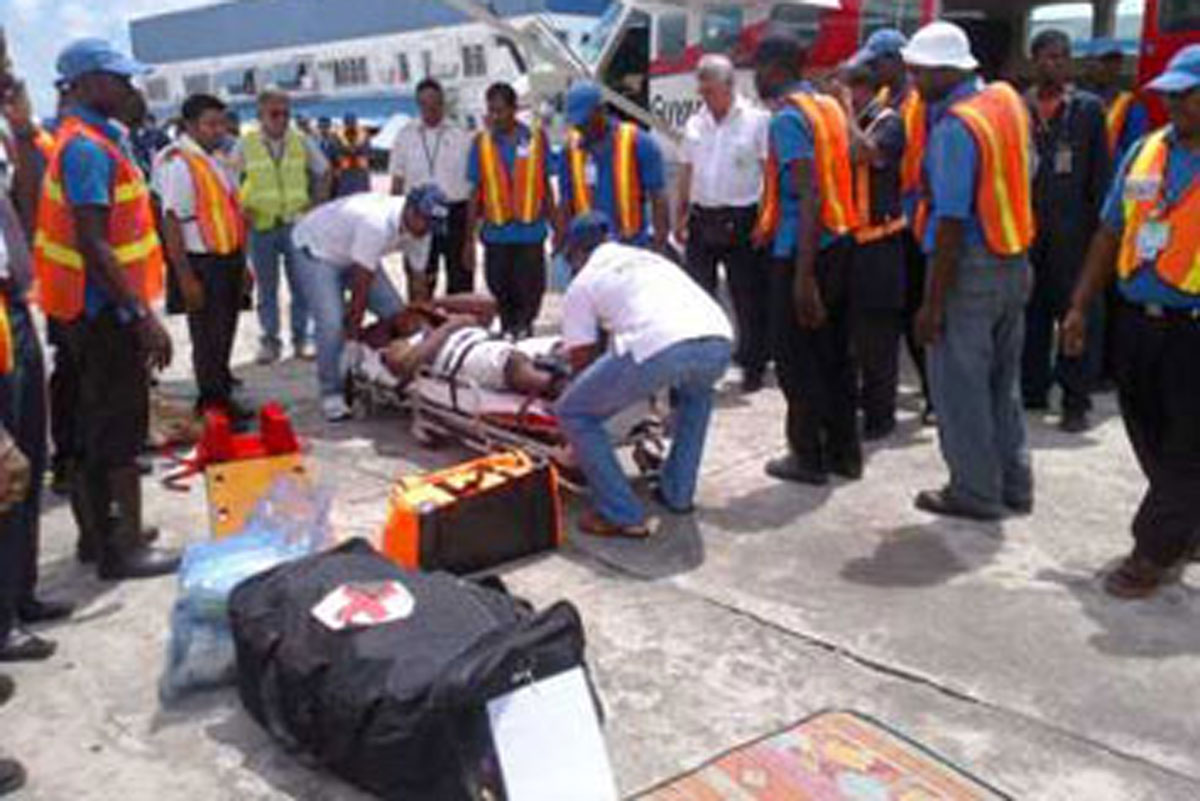 KINGSTOWN, Georgetown – Hon. Robeson Benn, the country’s Public Works Minister, has commended the pilot of Trans Guyana for “keeping her wits” that saved the lives of 11 passengers in Mabaruma, Region 1 yesterday, July 15, 2012. Veteran pilot Ferial Ally crashed landed the 12 seater Cessna at Mabaruma Airstrip after confronting some treacherous weather conditions. No one was seriously hurt. “From the initial reports that I am previewed to I have to say that her actions have to be applauded. Her years of experience saved her and her passengers lives,” Hon. Benn stated. The incident occurred around 8:20 am, while Captain Ally was about to land on the airstrip. The aircraft had left Ogle Airport at 7:20.